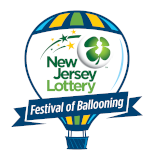 Howard Freeman, an acknowledged innovator in sports & entertainment marketing, brings more than 45 years of promotional expertise to the New Jersey Festival of Ballooning, an event that has achieved phenomenal growth under Freeman's direction.
Since becoming the Festival’s Executive Producer, Howard and his team have quadrupled attendance at the event, which now attracts upwards of 175,000 people and worldwide media coverage each year.
As a graduate of the State University of New York at Albany with a Pre-Med major, Freeman is one of the few people in the world who have been awarded the prestigious title of D.H.A - Doctor of Hot Air – a fitting description for the man who has produced more hot air balloon and music festivals than anyone else in the United States (55).
Freeman's passion for sports and promotion led to a career that began with the New York Apples of the fledging World Team Tennis League. Referring to that period from 1975-1978 as his "promotions laboratory," Freeman went on to become Director of Marketing for the New Jersey Nets of the National Basketball Association (1978-1981) and helped to open the Meadowlands Arena in 1981.
In December 1981, Freeman formed Promo 1, an event marketing and sales promotion company which specializes in promoting sporting events and consulting corporations on the best way to use sports and special events as a marketing, sales promotion and public relations vehicle. By negotiating and implementing these strategic alliances, Promo 1 matches corporate sponsors with sports and/or special events with similar demographics to maximize their campaigns.
From 1983-1989, Freeman, via Promo 1, served as Director of Sales & Marketing for the Virginia Slims Championship, the richest, highest-attended women's sporting event in the world during those years. During his tenure, the tournament attracted 19 of the top 20 crowds in women's tennis history to Madison Square Garden. Freeman also has a long-standing relationship with the United States Volleyball Association. Over a 10 year span in the 80’s and 90’s, he promoted many international matches featuring the U.S. Men’s and U.S. Women’s Olympic teams against the world's top volleyball competition. He holds the record for the largest volleyball crowd in the history of Madison Square Garden, 10,598! Freeman also staged the annual Evian Winter Beach Fest, featuring the top professional beach volleyball players in the world, at the Garden. For that event, in true Bill Veeck promotional style, Freeman brought in 240 tons of salt-free sand to cover the Garden floor.
Freeman professes a fascination with the magic and excitement of the live event. Combining the business acumen of an entrepreneur with the wonderment of a child who was touched by hot air balloons in "The Wizard of Oz," Freeman continues to make the New Jersey Festival of Ballooning an event to remember. It has already become North America's largest summertime hot air balloon and music festival and one of the largest tourist attractions in New Jersey, one that employs more than 2,500 people during the festival weekend, with an economic impact of more than $52.4 million annually.
He also believes in “doing well by doing good” with the festival raising more than $3 million for local and regional charities and non-profit groups including the Children’s Miracle Network the past 27 years.
Promo 1’s recent activities include bringing special shaped hot air balloons from around the globe to Inner Mongolia for the inaugural Qin Great Wall Balloon Festival in Guyang, China, in 2009, becoming the first Americans to produce and fly balloons in that country. The Festival’s opening ceremony attracted more than 100,000 spectators. Mr. Freeman was honored as one of the keynote speakers at the ceremony, and the only Westerner.
Promo 1 has also served as the event marketing arm of The Star-Ledger, one of the largest daily newspapers in America, producing major events such as the Liberty Jazz Festival; The PSEG Global Green Expo, the largest Earth Day event in the State of New Jersey; The Star-Ledger/Commerce Bank Road to Personal Wealth Financial Conferences, and The Apple Vacations Travel Show, among others.
Promo1 also currently produces the 11th annual Rock, Ribs & Ridges festival, a two-day music, food and craft beer festival featuring some of the biggest names in Southern and pop rock at the Sussex County Fairgrounds in Augusta, NJ.
Freeman is a married father of a 25-year-old son, Jesse, and is a long time New Jersey resident.