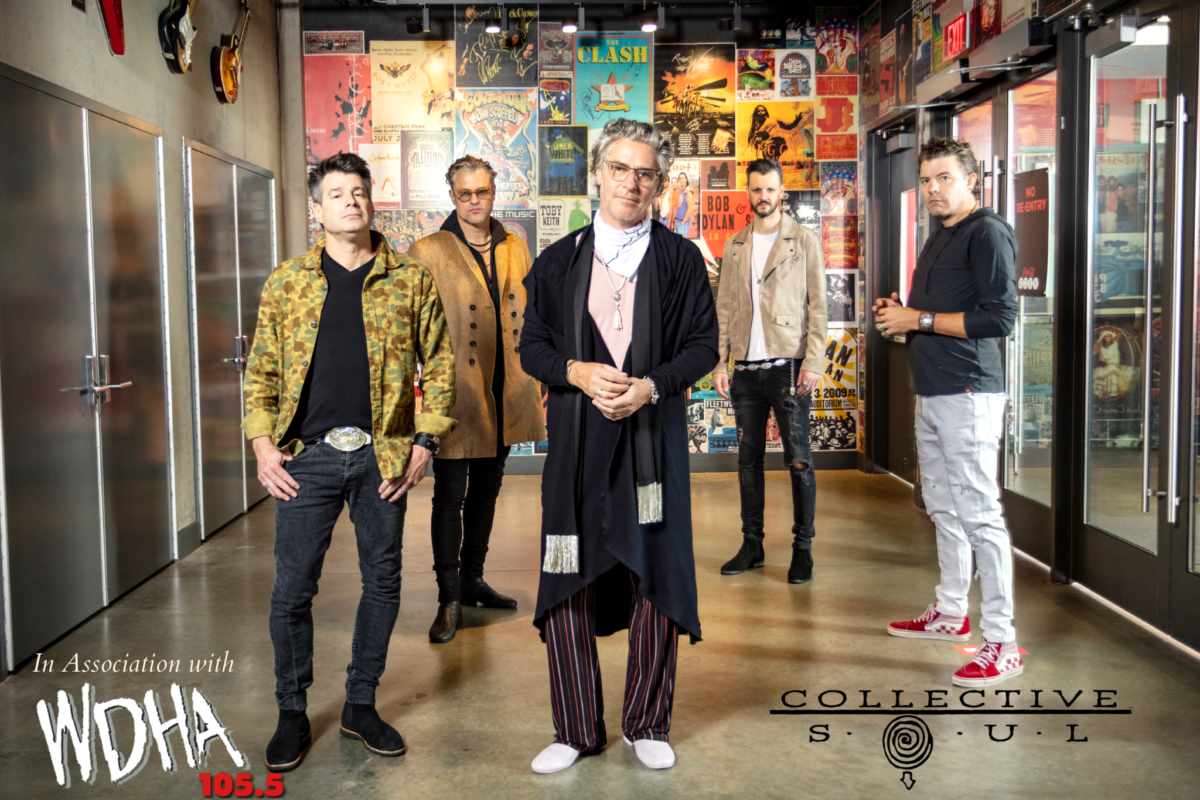 Enjoy an evening of “Balloons, Tunes & Booms.” Your reserved concert ticket to Collective Soul includes the spectacle of a mass ascension of 100 hot air balloons, the concert by Collective Soul, followed by a world-class Fireworks Extravaganza.

Born during the rise of grunge and alternative rock, Collective Soul broke into mainstream popularity thanks to extensive radio play of their rock anthem “Shine.” The breakout song helped Collective Soul establish themselves as major players on the alternative rock scene. VH1 would later rank “Shine” at number 42 on their list of the “100 Greatest Songs of the ’90s”.

The Georgia-based quintet has been making music for more than two decades since then, and has a catalog of  No. 1 hits under their belts.

Their self-titled album Collective Soul enjoyed a lengthy stay atop the Billboard charts and went triple-platinum, becoming the band’s highest-selling album. The singles “December”, “The World I Know”, and “Where the River Flows” each reached No. 1 on the Mainstream Rock charts.

They later followed that success with the hits “Precious Declaration,” “Listen,” and “Heavy.”

All told, the band has had eight No. 1 hits, with “Shine” and “December” both winning Billboard Music Awards for Top Rock Song.

For the band’s upcoming 2022 tour, Collective Soul is galvanized to add as much fresh material into their live sets as they can.

“So much of what we do is based on the camaraderie-ship of the band,” said Ed Roland. “The five of us continue to work together as a family, and I’ve never been more at ease – and never been more pleased – than going onstage with these guys night after night.”