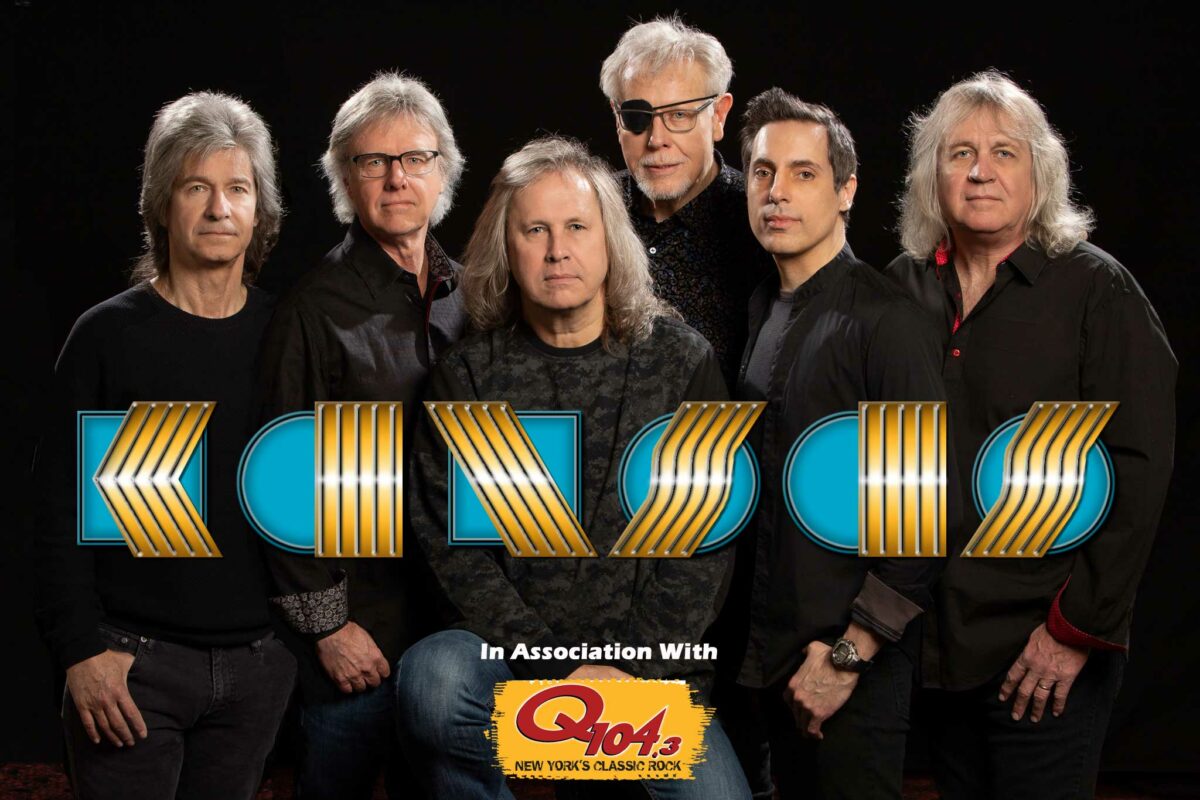 With a legendary career spanning nearly  five decades, KANSAS has firmly established itself as one of America’s iconic classic rock bands. This “garage band” from Topeka released their debut album in 1974 after being discovered by Wally Gold, who worked for Don Kirshner, and have gone on to sell more than 30 million albums worldwide.

‘Carry On Wayward Son’ continues to be one of the top five most played songs on classic rock radio, and ‘Dust In the Wind’ has been played on the radio more than three million times!

They reached a whole new audience through their presence on the popular video games Rock Band, Guitar Hero, and Grand Theft Auto; on television shows such as “Supernatural,” “South Park,” and “The Office;” and films including “Anchorman.”

Kansas continues to resonate with large and enthusiastic audiences around the world. Recent releases including The Absence of Presence and Point of Know Return Live & Beyond have soared high on the Billboard album charts.