NEW SPECIAL SHAPED BALLOON IS OUT OF THIS WORLD You won’t believe your skies!

BRUNCH WITH THE BALLOONS! Savor a delicious hot buffet breakfast and enjoy the CHANDON VIP Sunrise Brunch experience along the flight line!

HUMAN CANNONBALL IS A BLAST! David Smith, Jr., the world’s most accomplished human cannonball and six-time Guinness World Record holder, is back with a bang. He’ll once again be soaring high and far across the festival grounds.

A PILOT’S VIEW — HE DOES THIS FOR A LIVING Bob Mueller has been flying hot air balloons for nearly 40 years. Yep, he does this for a living. In addition to the fun and excitement, he says flying here is a must for any corporate brand to get their message to rise “Above the Crowd.”

NEW SPECIAL SHAPED BALLOON IS OUT OF THIS WORLD We’ve long held the belief that you won’t believe your skies when you see the colorful, gigantic hot air balloons that fill the skies here over Central New Jersey and our newest balloon certainly fits that bill. 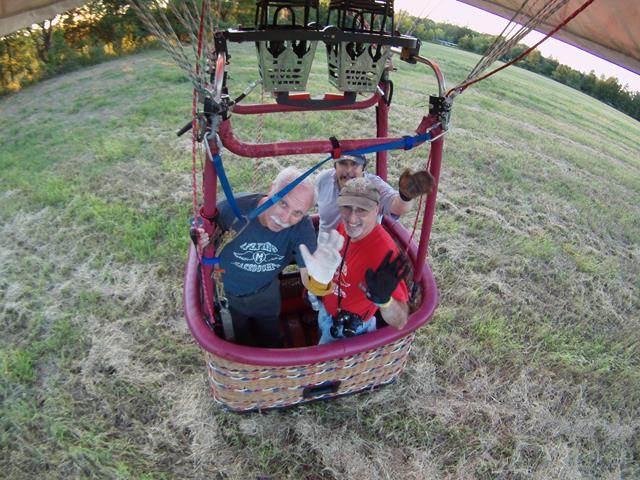 The Flying Saucer is a brand new special shaped hot air balloon making its debut at the festival. This silver-colored flying object will soon be spotted be zipping across the skies (is that an alien at the helm?) The festival’s rural setting may be the perfect setting for the new Billy the Kid balloon. This cowboy is complete with a tall hat, boots, and six-shooters. Owned by John Cavin, Cartoon Hot Air Balloons now feature nearly a dozen special shaped hot air balloons that travel the United States and Canada.

BRUNCH WITH THE BALLOONS! Enjoy the peace and tranquility of our early morning mass hot air balloon ascension in style! Savor a delicious hot buffet breakfast and a & “Ballooni” or a CHANDON mimosa and enjoy this VIP experience along the flight line as 100 balloons take to the skies. The breakfast menu is scheduled to include sliced seasonal fruit display, assorted fresh baked Danishes, crumb cakes, croissants, and bagels; home-style waffles served with powdered sugar, maple syrup, and fresh whipped cream; homemade cinnamon swirl French toast: Farm-fresh eggs cooked to order; an omelet station; assorted fruit juices; coffee, tea, and more. The CHANDON VIP Sunrise Brunch package includes festival ad mission, VIP parking, breakfast in the CHANDON Sunrise Brunch tent (6:00 a.m. – 9:00 a.m.), your choice of one “Ballooni” or one CHANDON mimosa, and lawn seating to the day’s headlining concert. Morning balloon ascensions are at 6:30 am, wind and weather permitting. Tickets are $79 for adults, $49 for children aged 4-12 (children 3 and under are free). Click here to purchase tickets.

HUMAN CANNONBALL IS A BLAST Speaking of colorful flying objects! He’s back with a bang. David Smith, Jr. is the world’s most accomplished human cannonball. He holds six Guinness World Records including the highest cannon shot and the furthest cannon shot, and he’ll once again be soaring high and far across the festival grounds. Known as “The Bullet” Smith has broken the world distance record multiple times and has blasted over incredible 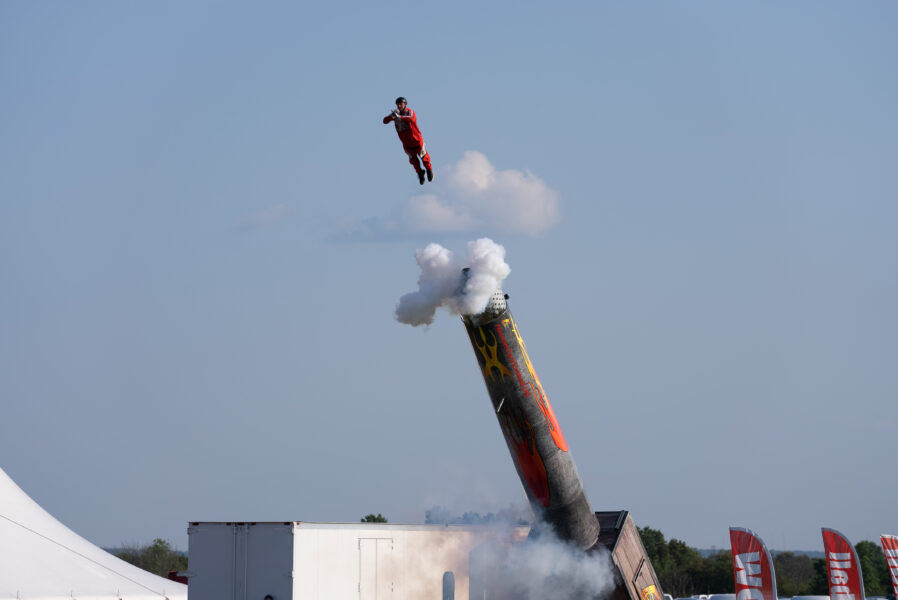 obstacles such as Ferris wheels, concert stages, even part of the Grand Canyon. His most recent exploits have been watched by millions as he participated on America’s Got Talent: Extreme on NBC where outrageous acts of enormous scale went head-to-head to vie for $500,000. A Festival favorite, the Bullet comes from a long line of human cannonballs. Yes, this family business is a blast. David Smith, Sr. literally ran away with the circus and became a renowned human cannonball. He and his wife raised seven children and each one has been fired from a cannon. David Jr.’s sister, Jennifer “The Cannon Lady” Smith, has been the most popular attraction in the festival’s history and David is “up there” too! In addition to soaring across the Festival throughout the weekend, David will once again serve as the starting gun for this years Running with the Balloons 5K race on Sunday, July 31. Runners may have a hard time keeping up with him; he goes from 0 to 60 m.p.h. in less than a second.

A PILOT’S VIEW — HE DOES THIS FOR A LIVING Its one of the most recognized corporate symbols in the world. And he’s the man you may recognize flying it. Bob Mueller has been flying hot air balloons for nearly 40 years. Yep, he’s been flying here at the Festival since Day 1. While most hot air balloon pilots fly as a hobby or are licensed to take passengers and fly as a secondary vocation, Bob does this for a living. “I’ve been flying for RE/MAX for a half dozen years or so and love their commitment to community service,” said the Pittstown, NJ native who has flown a variety of local corporate balloons and as a commercial hot air pilot, lots and lots of passengers. “The RE/MAX balloon is such a recognizable symbol for the company and their hot air balloon program creates positive exposure and support for their local agents within their local communities. It’s about creating an experience that individual families will long remember.” Bob’s excitement in ballooning isn’t limited to the friendly skies. He conducts 10 to 20 indoor and outdoor educational events and S.T.E.M. programs for RE/MAX at schools and community gatherings each year where he can teach people about hot air ballooning. These programs enable students in grades K-5 to explore the inside of a balloon, learn how people can get involved in different aspects of the sport including crewing, and of course learn about the fun and excitement of 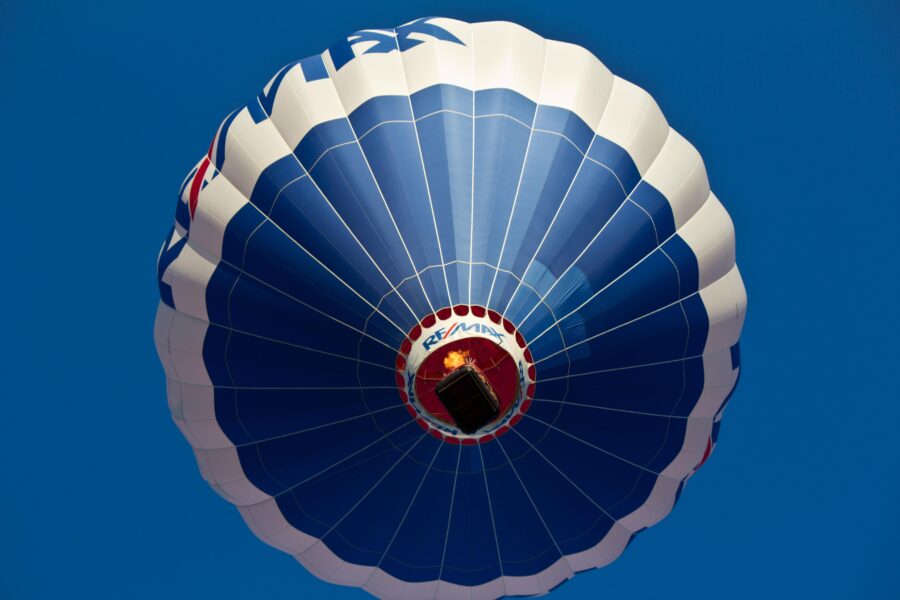 flying. Bob has long enjoyed being able to use ballooning to feed his passions for travel, sightseeing and meeting people. He has flown across a good portion of the United States and has flown in seven different countries. He loves the overall balloon experience and sharing it with as many people as he can. The RE/MAX corporate balloon program provides a great visual representation of the RE/MAX network “Above the Crowd” commitment to quality. The brand recognition they receive by having their own logoed balloon fly at the festival is second to none. “It’s a real balloon experience, not just signage.” Bob and RE/MAX are mainstays during the Festival’s Media Day, and he has on more than one occasion fired up his basket and burners in the wee hours for the early morning TV news shows who report live from the Balloon Launch Field. The balloon also takes flight during the twice a day mass hot air balloon ascensions that take place throughout the weekend. “If you have your own balloon, you can’t beat the number of impressions you get at the festival. The coverage truly is multi-media, it’s just fantastic. Even if you have a banner on a balloon here, the opportunities for exposure are so great. And it’s so much fun flying over the thousands of people who are here for every ascension. You can’t get this anywhere else.”